Reading:
Innovation And The New Space Age
Share this:

They always say that hindsight is 20/20. This usually seems to apply to the speculation that is traditionally presented in the science fiction genre. To some degree, at least. There’s so much being explored in the realm of futuristic fiction that it’s difficult to see what’s going to stick until it actually happens. Jules Verne’s submarine was far-fetched at the time, but a few decades later, U-boats were crucial aspects of modern warfare. At the same time, other topics in science fiction – self-aware artificially intelligent machines in the work of Isaac Asimov and space colonization in that of Arthur C. Clarke for instance – have remained in a firmer speculative category.

Until now. For a good portion of the 20th century, this kind of space-age futuristic advancement was dependent on government programs. Indeed, much of the innovation that we’ve seen has come about as a result of arms-racing, or the PR arm-wrestle that was the Space Race. Once there was no need for America to beat the USSR in getting to the Moon first, space travel became less of a government interest, leading NASA into a state of decay and relegating astronauts to low Earth orbit research missions. This following statement is both fascinating and frustrating: we went to the moon and came back safely before we had internet and cell phones. And we haven’t been back since.

Innovative events like the Moon landing came from a need to reassure the people of America – at a time when political propaganda was widely accepted and less contested – that we were the best and we could beat anyone. Once we did, there was no reason to keep going further. The goal had been set and met. This is the same thing that happens when someone starts a company with the attitude of “I’ll sell it in two years for a gazillion dollars.” Those companies don’t generally fare quite so well as the ones that are started from the attitude of “let’s make a positive impact and, yeah, we’ll be sure to make some money on the way, too.”

Great innovation and true ground-breaking discovery comes from a maverick attitude that is quite prevalent in the startup world. You’ve got an industry that is home to a few self-made billionaires (the kind who drop out of Ivy League schools to start Facebook or Microsoft) who generally have an anti-authoritarian attitude (remember, it takes a special kind of insanity to be this different) but often a compassionate side for humanity as a whole.

Technological leaps aren’t as easy as banging out a few prototypes and Kickstarting the rest. Thomas Edison famously went through 10,000 lightbulbs before he found the most viable solution. Your iPhone is a very affordable luxury; but it took millions of dollars to reach your pocket. And unless you are a big company that can dump tons of cash into what will likely end up being skunkworks, there’s not a lot of immediate incentive to push things beyond the current status quo. This is where renegade billionaires come into play. Self-made entrepreneurs like Richard Branson or Elon Musk or Bill Gates don’t necessarily need to see a return on every single thing (although it’s still good business to do so) right away. But because these are all people who see beyond the short-term advantages (immediate profits, for one) they can give complex ideas the time necessary to come to full fruition. They have the resources and patience to nurse something until it can spread its own wings. As an example, Musk’s Tesla Motors reported its first profitable quarter in 2013 – ten years after opening up shop. Patience pays off, especially when you can afford it. On top of that, they are interested in making the world a better place after they’ve passed on. Pushing for huge industry changes like electric over gasoline vehicles reflect that.

That’s why we are seeing a second renaissance in complicated and expensive industries like spaceflight, for instance. Right now guys like Elon Musk are saying what NASA was saying when I was a kid; that we’ll have someone on Mars in the next 15 years or so. Except this time, I believe the person saying it. I have no doubt that humans will have landed on Mars by 2020. NASA has been limping along as an underfunded government arm for several decades now. With no uber-patriotic cause needed to unite America the drive isn’t there at a government level. But SpaceX and Virgin Galactic don’t need to ask for the permission of politicians to spend taxpayer’s money on “useless” science playtime.

The kinds of innovations that are being made now aren’t feats that can be accomplished in a garage. While those will always be around, you can’t get to space with spare car parts and popsicle sticks. Just like the Age of Discovery five centuries ago, the Age of Space will be funded by private corporations. And just like those in the Age of Discovery realized, the feasibility of a round trip means that any progress will be naturally impeded by the effort and time wasted on returning. Just as New World colonization was a one-way ticket, so too will be missions to far-off places like Mars. 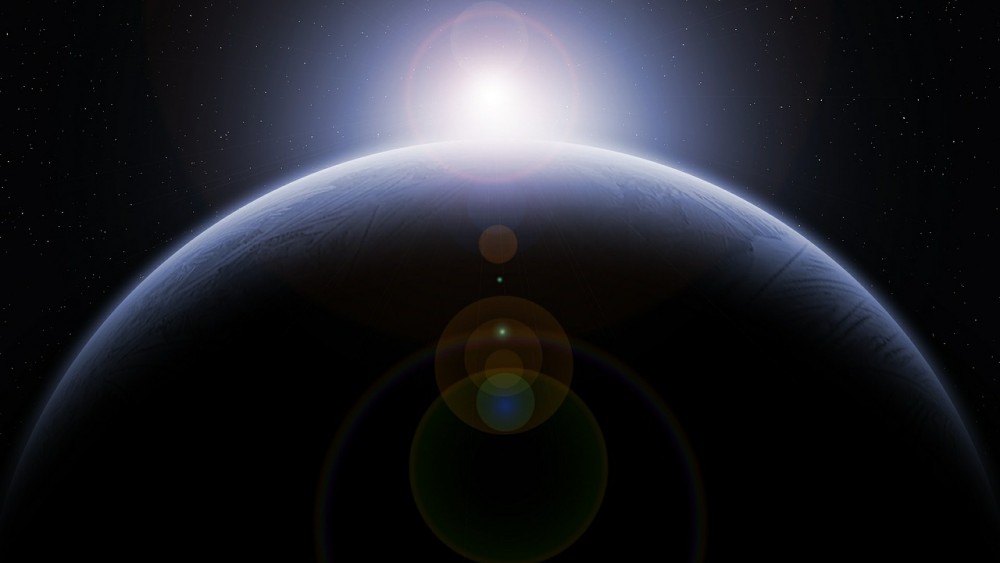