So what’s the deal with Facebook and small business? There’s been a lot of hullabaloo about it recently. Ever since Pages was introduced in late 2007, Facebook has provided a seemingly oxymoronic concept: free advertising. Paid advertising has remained popular amongst larger businesses (especially since it allows post content to go beyond the users who have liked your pages), but for many smaller businesses this isn’t always an option.

The gears that make Facebook tick – and social media in general – are posts and content spreading organically depending on how many likes and shares they receive. The golden ticket for this kind of social interaction is “going viral,” a term that has become just as much a part of the modern lexicon as “blog” or “selfie.”

This has made it easier for small and burgeoning businesses to get themselves out there without sinking too much of their usually limited resources into advertising. People will share the things they like with the people they like, and that includes advertising. The smartest advertising is the kind that gets people talking. When enough people are talking, your brand is in the atmosphere long after your initial content was released. It’s a marketing utopia.

So what’s the deal with Facebook and small business? Facebook announced that it would begin culling business pages’ organic posts from users’ newsfeeds in favor of paid ones. For big companies that already pay for every post they make, that won’t be an issue. But for small and growing businesses, this means some good long rethinks of marketing strategy. Facebook’s reasoning for this change is this: as more businesses (especially startups) join the networking site, users’ newsfeeds are becoming more and more crowded. And even though people may like a page, they may not want to see hundreds of updates from businesses every time they log in to look at whatever cat memes George Takei is posting.

Does it suck? Yeah, sure, it kinda sucks. Free advertising is awesome and it was great while it lasted. But from Facebook’s perspective, and anyone who would be in their position, it isn’t. Facebook is, no duh, massive. It was never sustainable for them to give away services that are reasonable to charge for and, no, they don’t owe it to you. The personal profiles will always be free and that will never change. And it’s completely sensible for them to assume that businesses will generally have a marketing budget for an online presence. And as Facebook continues to grow they will, like any business, make changes to keep the doors open. You’re not obligated to stay. That’s like going to your friend’s house and complaining when they rearrange the furniture because you can’t put your feet on the coffee table anymore.

Here’s what’s going to happen. A lot of businesses that have been coasting exclusively on free Facebook advertising will see a drop in traffic. Instead of doing some hard work and taking their online presence – or at least dispersing it – elsewhere, they’re going to use this the reason for why they’re now floundering back into obscurity. It’s a nice excuse, and Facebook is an easy target. Big…successful…corporate…evil. Look at those bastards charging for advertising!

Don’t do this. If you haven’t already, you should use this an opportunity to expand your vision and seek out other online venues that will be useful in growing your business via word of mouth. In the history of business, even modern business, Facebook is flash-in-the-pan. It’s barely a decade old. And it’s not going to be around in its current form forever. We had AOL and Yahoo. Now we have Facebook and Twitter. Ten years from now we’ll have something else. But Facebook doesn’t want to be AOL. It wants to be that something else. So it’s doing what you should always be doing. Adapting. The landscape will always change, and hinging your marketing strategy on someone else’s rapidly changing business model is just plain stupid. 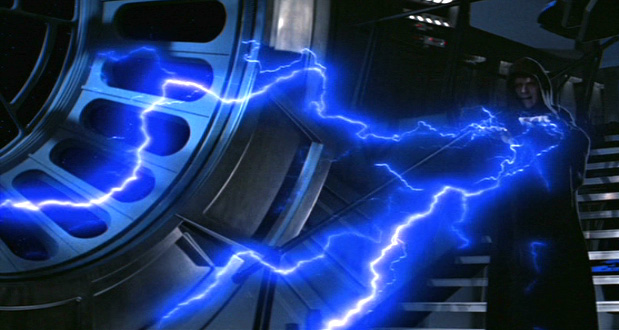 Wireless Charging and the Future of Batteries